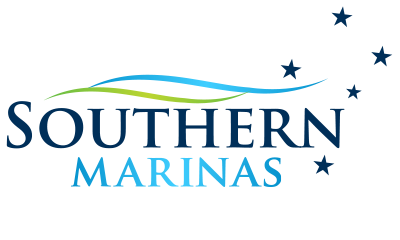 Southern Marinas is a premier owner/operator of properties strategically located across the United States. Our seasoned leadership team has more than 75 years of combined experience and specializes in marina acquisition and management.

Our philosophy is to extend a warm welcome and gracious hospitality across all touchpoints of the customer experience. Our success has been a result of our ability to deliver what we promise, exceed expectations, and surprise our members and customers with extra care and support. The key to this success rests with our associates, therefore, we continually strive to create a culture where our team members feel valued and are encouraged to develop their skills both personally and professionally.

The proven systems, strategies, and philosophy that we have implemented across our marina portfolio, allow us to maximize operational efficiency and deliver premium value to our members, associates, business partners, vendors, and investors.

Jim Behun’s experience spans more than 30 years in the Southern California boating industry. He served on the board of directors of the Marine Recreation Association and as past president of the San Diego Dockmasters Association, and is an active member of the San Diego Port Tenants Association and an affiliate member of the California Yacht Brokers Association. Immediately prior to joining the Southern Marinas team, Jim served as the general manager of Sunroad Resort Marina & Yacht Center in San Diego, a facility with over 600 slips, leased commercial space, and three well-known restaurants. During his 13-year tenure as the marina’s chief operating officer, Jim developed and produced the renowned San Diego Boat Show, which grew from a small, local gathering of boat dealers to a major, annual event attracting more than 100 dealers, brokers, and vendors, and 13,000+ boating enthusiasts.

Jim, a native of Annapolis, Maryland, has logged many hours sailing and boating on both coasts, including boat deliveries and charters to various coastal areas. In the early ’90s, he was the general manager of the 444-slip San Diego Marriott Marina. From there, Jim moved to a position with the National Marine Manufacturers Association to manage boat shows on both coasts and in Canada. He also developed and produced the first Mexico National Boat Show in Puerto Vallarta. Jim is a firm believer in managing facilities to ensure boating is safe and enjoyable for all!